The Mindful Chef Nandan Bhoopalam Explains How Food is Memory

From fast finance to vegan vol-au-vents, Chef Nandan Bhoopalam’s life and career have been filled with cultural fusion and auspicious events. A life-altering experience and keen intuition led him from southern India through chef school in Switzerland to his adopted home, Portugal. For Nandan, food should honour and heal mind, body, and soul – a philosophy he shares with students around the world and delighted diners at Princesa do Castelo, his lively vegan restaurant in Lisbon.

We gotta ask… Why cooking?

Cooking has always been dear to me. My mum is an amazing cook – like a lot of Indian mums – and every day after school, I would go into the kitchen to help her, see what she was doing and spend time with her. Food is memory, because when you eat something, it takes you back to your childhood.

When I decided to study to become a chef, I checked out a lot of hotel schools in India but I was a vegetarian – and I’m now vegan – and I couldn’t find anything that catered to my dietary requirements. It was quite surprising given that in the south of India, where I’m from, the cuisine is predominantly vegan. Then I found out the SEG group were in India for an education fair. I stopped by their kiosk and came clean that I had zero experience. To my surprise, they welcomed me with open arms – and I made a major life change at that moment.

I had been in a near-fatal accident in 2010 that put me in bed for 3 months and it really rammed home the need to do what I love. I joined the SMHS programme in 2011. It was one of the best decisions I ever made.

I studied a bit of everything, operations management, hotel management, housekeeping, front office… It was long hours but it was an amazing experience. It’s an international school and there are teachers from everywhere. We had French, English, Turkish, Malaysian teachers. and I’m still in touch with a lot of them.

I got to learn from different people and Swiss education is so… precise. They gave us the timetable at the beginning of the course, and nothing deviated by even a hair. When one teacher wasn’t well, they flew in a substitute. It was also one of the only places that offered vegetarian food for students. The kitchen class was the first time I ever touched meat. The chef could sense I was uncomfortable and offered to move me to the cold kitchen or the dessert section. And I was like, no, it’s okay. I love to learn new things, so let me learn it. Back then, vegetarianism and veganism was unheard of, and it was not easy to find a vegetarian job unless you worked in an Indian restaurant. I remember when I travelled to Italy,10 years ago, the only thing I could eat was pizza margarita.

Where do you get your ideas from?

The base is from my family cooking. But most of my creativity comes from the ingredients itself. It’s difficult to plan a menu without knowing what ingredients are available. I shop at the market myself. Check out what they have. And I work backwards to make a basic menu based on what’s available. I like to adapt local ingredients to a traditional dish – and sometimes the remake is better than the original!

Yesterday I was cooking in the countryside for a group of 25 people, and I made this dessert with the tapioca pearls with coconut milk and pineapple, but instead of pineapple, I used persimmons. And it was so good. So, next time I’ll do that. I’ve also made vegan pastel de nata with chai and coconut milk.

Food should be soul-warming, medicinal and caregiving. Food is medicine. All spices have medicinal properties and it’s about getting the right combination to treat yourself and your body. With winter coming, we need warming food, in summer we need cooling food. So, you can balance your body through food and boost your immunity to reduce the chances of falling ill or attracting unwanted viruses. You can also increase your haemoglobin count with the iron in spinach and the omega 3 in flax seeds. As a vegan, I eat khichdi when I’m sick. It’s a one-pot savoury dish with rice, lentils and spices. It’s almost like a porridge and it’s seasoned with ginger, turmeric, black pepper, cumin, and chili, and it’s so soul satisfying and warm and comforting.

Anything that’s fermented – like pickles and tempeh –  has good bacteria and is good for your body.  I use fermentation as a process and I use certain Indian pickles with green mango or bamboo, lotus fruits and stuff like that. There’s a very traditional dish in south India called a dosa made with rice and lentils. The batter takes two days to ferment.  The taste is almost cheesy because of the fermentation and it’s a gluten-free dish that can be made pretty easily. It’s also really filling – you just need a vegetable side dish.

Has living in Portugal influenced your cooking style?

Portuguese food is very Mediterranean. It’s fish and meat based. It was a huge cultural shock for me but now I use a lot of Portuguese ingredients like chestnuts and fava beans, which are not found in Indian cuisine – and I adapt them. I also make veganized Portuguese food.

There’s something called Peixinhos da Horta or “little garden fish”. It’s basically a tempura fritter made with green beans and red peppers. It’s the mother of tempura – the Portuguese invented tempura. Portuguese missionaries took it to Japan and the Japanese adapted it.

How have you introduced fair trade practices into your business?

I buy locally whenever possible. Certain ingredients are not available and have to come from outside. That’s the magic of world trade that we cannot deny or escape. I practice a kind of passive activism at the restaurant. I won’t sell any fizzy drinks. We do not use a microwave.

It’s a kind of passive activism. In the beginning, I was determined to hire only people to work at the restaurant, but there comes a time when you can’t find any more vegan staff. So, I was like, okay, maybe this person will become a vegan or at least become a vegetarian. And the one meal that they eat at the restaurant would be cruelty-free so that’s a small contribution from my side towards veganism. And now I’ve even turned a couple of our staff vegetarian!

You have a lot of pots on the stove, right?

I’m selling my restaurant and going back to school to study patisserie. I’m looking at schools in the UK, Barcelona and Madrid. Because I want to open a vegan pastry shop. There’s no mainstream school that teaches vegan completely. So, I’ll have to study normal patisserie and make specific vegan adaptations – like replacing the lipids in vegan baking. I use coconut oil, but we can use bean protein, potato protein, and stuff like that.  I cook with my eyes, I alway eyeballing the measurements for savoury food. Baking is precise – so it is going to be a challenge!

I love sweets and with the pandemic I had time at home to reflect. I realized that I want to grow more, to laterally shift to something else where I will learn and also grow personally.  I don’t set timelines – after all, I never imagined I would be sitting here having this conversation ten years ago…  I sketch out my dreams and work towards them and that’s the advice I would give any aspiring chef: Follow your dreams.

For me, it was like getting into the water and learning to swim. Don’t be afraid to ask for help – it’s the best way to learn. Do everything that you can to learn new things, because nobody can take them away from you. You will never forget how to cycle or swim. 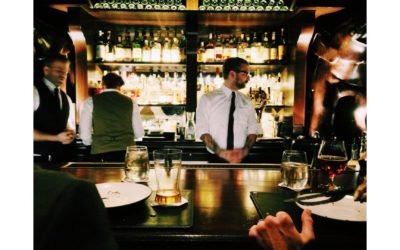 Opening a Bar: How to Set Yourself Up for Success

Have you ever dreamt of opening a bar? Whether experienced nightlife professionals or just people who love going out for a drink, it’s a dream that many people share. Owning your own bar seems like a fantasy. You get to hang out, talk to people all day, and help them... 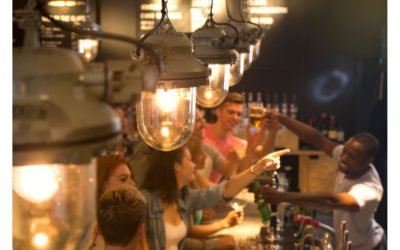 Types of Bars: The Different Places to Serve Up Drinks

When you read the word bar, what comes to mind? Maybe you imagine yourself sipping a martini surrounded by a classy clientele. Perhaps you see yourself in a rowdy environment yelling to your friend over the roar of the crowd and music, cold pint in hand. There are so... 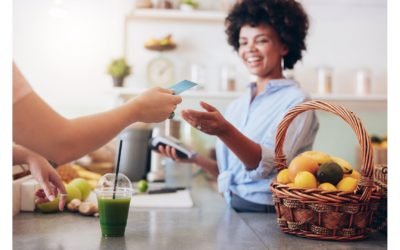 The food & beverage sector of hospitality work is ever-evolving, with new types of trends hitting the market constantly. From cereal cafes to boba shops, if an idea is profitable and easy to copy you’re bound to see them everywhere once the trend takes hold....