Being the head chef of any restaurant is a thrilling, demanding, and vigorous task. But, can you imagine what it takes to become the head chef of your family’s two-Michelin starred restaurant (without having any formal training) and to also have the added pressure of regaining a Michelin star? Well, we’re going to let you in on how Anne-Sophie Pic overcame this immense challenge, the details of her trailblazing career, and three pieces of invaluable career advice.

1. From Living in to Leading Maison Pic

Despite growing up in her family's restaurant, Pic didn’t immediately adorn the chef’s uniform. She took up a career in management and worked for brief periods in the USA and Japan. Pic returned home to Valence, France in 1992 and began to work as a chef under the watchful eye of her father just before he passed away.

Maison Pic lost its third Michelin star three years later and the family business slowly began to decline. This was when Pic stepped in and went on a journey to transform the fate of the legendary restaurant. She took the reigns of Maison Pic in 1997 and faced the formidable challenge of not only regaining the third star but also following in the footsteps of her father, Jacques Pic, and grandfather, Andre Pic, who both held three Michelin stars. Pic confesses that this amounted enormous pressure on her shoulders:

Yet again, it’s fair to say that Anne-Sophie Pic has more than honored her ancestor’s achievements and has simultaneously written an entirely new chapter of her family’s culinary history.

2. A Lifetime of Achievements

It appears that Pic was always destined to have a career that utilized her artistic skills. As a youngster, she dreamt of being a stylist due to her passion for "the aesthetic…the visual emotion…the creativity." This creativity is synonymous with her cooking style and was recognized in 2009 when she collected her Eckart Witzigmann Award for excellent culinary art. Pic’s curiosity and creative power in the kitchen has also been noticed by her peers including Dominique Crenn, the first female chef in the USA to receive three Michelin stars, she recently stated that "it’s not like she cooks from a book" due to her out-of-the-kitchen style imaginativeness.

In 2011, Pic was named as the "World's Best Female Chef" by S.Pellegrino and was also awarded the highest honor for a French citizen, the Ordre national de la Légion d'honneur (National Order of the Legion of Honour). However, she does not class either of these prestigious accolades as her proudest moment:

"I think it was when I received my third star. It was the thing that moved me the most because I worked hard for so many years to achieve it."

You can also understand why Pic considers this to be her greatest ever achievement as she was only the fourth female chef in history to obtain three Michelin stars.

In order to help you enhance or start your career as a chef, we’ve selected three pieces of golden advice from our interview with Pic.

After taking on the colossal task at Maison Pic, Anne-Sophie Pic realized that the most important thing for her to do was to nurture her abilities and envision her success.

"I quickly understood that I could do it by being more focused, by cultivating my intuitions, by knowing where I wanted to go and being aware of my strengths and weaknesses, to build something and become more self-confident."

Pic points out that you shouldn’t get too caught up with gastronomic trends as they come and go very quickly. She believes that it’s more important to look at the bigger picture and explore how the culinary world evolves overall.

In today’s world, we’re so used to Photoshopping and covering everything in filters to enhance what people see and think. However, Anne-Sophie Pic swears by being almost transparent in the kitchen. Pic speaks of there being “a very thin line” between who she is and what people see. This personal clarity transcends into her food which is known for being light, inventive, and delicate.

Anne-Sophie Pic’s work ethic, ingenuity, and determination have enabled her to become one of the best chefs on earth. She is also an incredible source of inspiration for hospitality professionals as she demonstrates how you can rise to the top of your industry, remain relevant, and continue to innovate for so many years.

Click to discover the other hospitality influencers in season 1 and stayed tuned for more episodes! 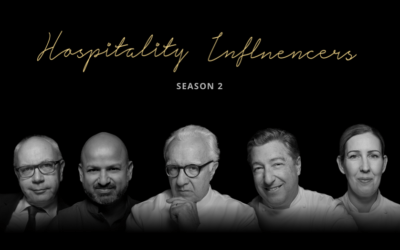 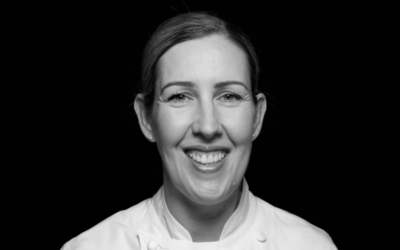 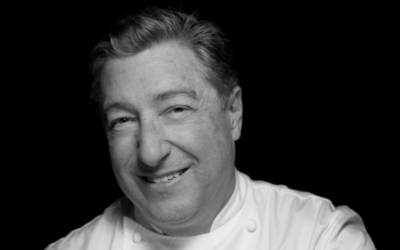 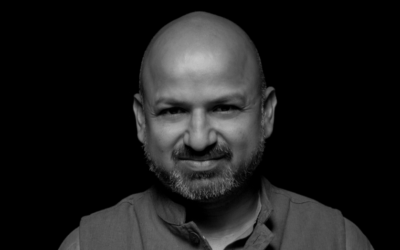